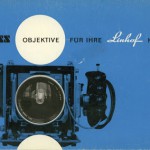 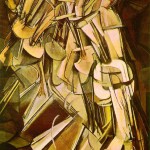 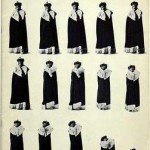 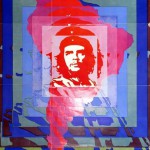 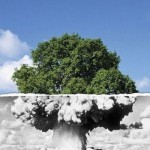 “Transitions and transformations allow the flow from one idea to another in an interesting but natural fashion” according to designer Leo Monahan. Transitions appear in a variety of modes and forms: linking; incremental change; overlapping; fragmentation; transparency; in-between stages, just to name few. It might help to think of transition as an in-between stage. Gray is the transition from white to black; medium is the transition between small and large; a continuing edge may link disparate images and so on.

Exercise #1: Create a transition among these three components in any medium or program:

A bar code | a fabric pattern | a large (in physical size) number.

The fabric pattern should appear quite different from the bar code pattern. The number’s font selection is up to you and will likely be influenced by both patterns. Arrange in these three elements in a pleasing way that creates a transition from the bar code to the necktie pattern by way of the numeral. The number will serve as the agent of transition. You may enlarge, reduce or repeat any item, bleed over the edge (but trim), rotate, modify, make transparent (traditional media people think: tracing paper), color or value modifications, etc.

Exercise #2: Create a transition where the subject matter and medium are up to you: photography, painting, drawing, digital tools, mixed media, etc. Use any of the following transitional/transformational techniques: linking; incremental change; in-between stages; fragmentation; overlapping or transparency. 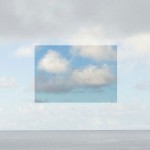 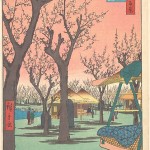 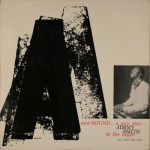 Back to: Exercises in Unity & Composition > Transition
Sidebar