The creative experience may involve soaring heights, meandering journeys, dead ends and a myriad of surprises along the way. There’s no road map in or out. Transitions sometimes happen for reasons beyond control or explanation. It’s good to gain insight ahead of any journey. Here’s a few ideas to digest over a favorite beverage; seated but not while driving (tip #1). 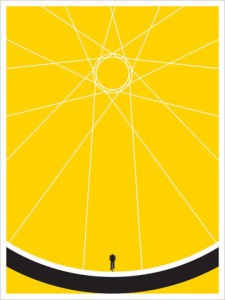 Ambiguity crosses the wires of logic and dreams and is an indispensable narrative device. The tire valve has an added role as a rider. Save
Questions?
Contact us.